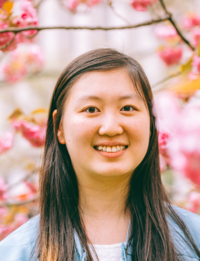 Dorthy Fang is a first year in the Biological and Biomedical Sciences Ph.D. Program (Molecular Cell Biology, Genetics & Development track), with interests in cancer biology. She grew up in (sort-of) upstate New York, and received a B.A. in Environmental Biology at Columbia University. In her gap years before coming to Yale, she conducted plant surveys in rural Wisconsin and worked at a biotech startup in San Diego. When not holed up in lab, she can often be found exploring the great outdoors to relive her ecology days, trying new restaurants, or jamming to music. Please feel free to reach out to her about anything and everything - she is excited to get to know everyone in JE! 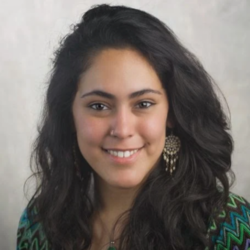 Andrea Cruz Quiroz is a Second-year dual degree MBA/MEM candidate at the Yale School of Forestry and Environmental Studies and Oxford Saïd Business School. Before attending Yale, she worked in solar energy for three years and backpacked around the world for a year and a half. She is passionate about advancing the adoption of solar energy around the world and is planning to dedicate her career to that goal. She graduated Cum Laude from Middlebury College in 2014 with a Bachelor of Arts in Environmental Studies. Last summer she worked for WWF creating a supply chain database to promote corporate engagement in renewable energy initiatives. Currently, she works at the Yale Center for Business and the Environment and at the Center for Industrial Ecology. 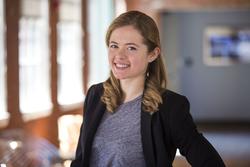 Catherine Camp is a first year student at Yale Law School and previously completed the five-year B.S. / M.P.H. program at Yale. Catherine is thrilled to return to JE, her home for four years as an undergraduate! Prior to law school, Catherine was a very early employee at Devoted Health, a healthcare startup, and before that was a consultant with McKinsey & Company’s New York office. Fun fact: Catherine is the oldest currently-active member of Yaledancers dance company! Please reach out to her to chat about anything—law or public health graduate programs, startups, consulting, dance—and especially the musical Hamilton! 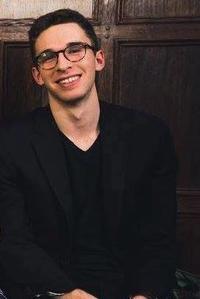 Sam Aber is a first-year student at Yale Law School. Originally from the Chicago area, he majored in English as an undergrad and graduated in the JE class of 2017. After college he spent two years in New York’s publishing world, where he worked as an editorial assistant at Alfred A. Knopf, mostly with nonfiction books and authors. He’s happy to speak frankly about all kinds of things, including but not limited to navigating Yale, postgraduate options, law school, books, New Haven, New York, or just life in general. You should feel free to send him an email or just say hi if you see him around JE. 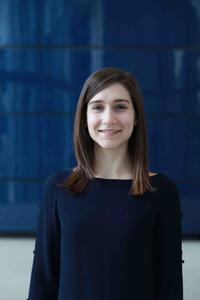 Raquel is in her third year of a four-year JD/MBA program at Yale. Before graduate school, she worked at Dumbarton Oaks Research Library and Collection in Washington, DC editing Medieval Latin, Byzantine Greek, and Old English texts and translations. She grew up in Brooklyn, NY, and studied Classics in college at Harvard. After college, she received a fellowship to pursue a Master of Studies in Classics at Corpus Christi College, Oxford. She is particularly interested in the financial and legal strategies that support the long-term survival of humanities research institutions. She is a proud Volunteer Income Tax Assistance (VITA) volunteer tax preparer each year in New Haven. 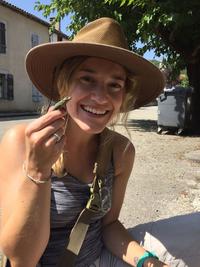 Brooke Bodensteiner is a first year PhD student in Ecology and Evolutionary Biology. Before attending Yale, Brooke did two years of PhD at Virginia Tech studying Biology, and got her Masters of Science and BS from Iowa State University in Ecology, Evolution, and Organismal Biology. Her scientific interests broadly relate to how organisms interact with their environment, particularly their thermal environment, and what that means for the evolution and persistence of these organisms in a rapidly changing world. When not chasing lizards around the world, Brooke enjoys spending time with her dog, hiking, crafts, and movie nights. Brooke is excited to meet the JE students and discuss doing research, graduate school, and whatever else comes up. 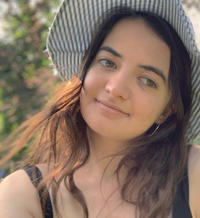 Maureen is a first year PhD student in Psychology. She is interested in formalizing people’s judgment and decision-making processes. When not doing research, you can find her drinking starbucks or at the gym. She’s happy to talk about anything, e.g., psych or grad school, and she can look over your drafts too. 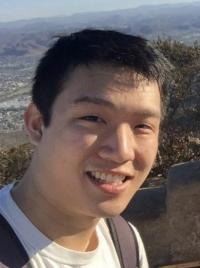 Chris Chow is a first year MD student in the School of Medicine. Originally from Orinda, California (in the Bay Area), Chris was a member of Jonathan Edwards as an undergrad at Yale, graduating in 2013. In college, Chris was a member of the Yale Symphony Orchestra, JECC, and a proud JE intramurals participant (proudest moment: 2011 IM hockey champions!) Outside of class, Chris is most interested in hiking, skiing, drums, hockey, and food. Feel free to hit him up with any and all questions! 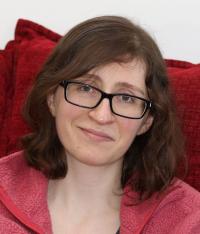 Alyssa Mitson-Salazar is a fifth-year MD/PhD student in immunobiology studying the mechanisms of allergic inflammation. Originally from a rural farming town in southern Colorado, she studied biology as an undergrad at Yale (JE 2012). Her fondest memories of undergrad include working in lab, choreographing for Danceworks, tutoring biology, and being a FroCo. Before returning to Yale, Alyssa worked for two years at the National Institutes of Health. When she’s not in lab or clinic, Alyssa enjoys hiking, dancing, eating tacos, and playing with her three-legged cat. She’s all ears if you ever want to chat about anything—just shoot her an email to meet up! :) 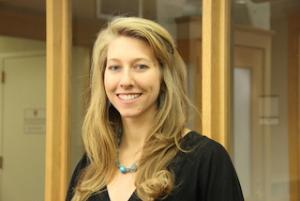 Cody Musselman is a fourth-year PhD student in Religious Studies, focusing on fitness and wellness communities within American Religious History. Before coming to Yale she received a Master of Theological Studies from Harvard Divinity School and a BA from Kalamazoo College. When not contemplating the meaning of life, she likes to play volleyball, ultimate frisbee and rock climb. 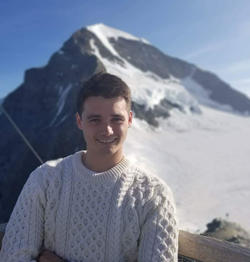 Nick Nordlund is a second year PhD student in Electrical Engineering. His research involves using machine learning to solve various resource allocation problems in Network Science. Nick graduated with JE ‘17 so you may have already met him playing IM ping pong or working the Buttery. Outside the lab, you’ll find him playing guitar with DPops, trying to stay upright on a snowboard, or playing golf on the Yale course. He’s always happy to chat - just send him an email! 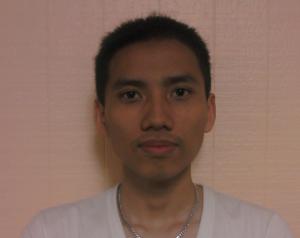 Nathan Nguyen is a fifth year PhD student in Cell Biology. He comes from the faraway land known as California. Before attending Yale, Nathan studied molecular biology, bioinformatics, and astrophysics at the University of California – Santa Cruz. His scientific interest is in astrobiology, hence he spent some time of my undergraduate career working for NASA to develop biofuel and recycling methods for space missions. Currently he is engaged in basic science research emphasizing on a cellular process called macroautophagy. Nathan’s hobbies include reading, singing karaoke, cooking, and board/video games. He likes to talk to students about doing research, career development, and life as a graduate student. He looks forward to meeting the JE students - we will have an awesome year! 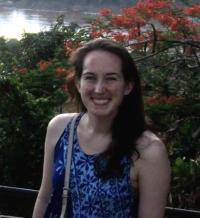 Caitlin Parmer is a 3rd year medical student originally hailing from San Diego, California. Caitlin’s love for Jonathan Edwards College began as a Yale undergraduate in the class of 2013. A former IM secretary, resident of entryway C, and buttery enthusiast, Caitlin is extremely excited to once again become involved with the JE community. As an undergraduate, she sang with Proof of the Pudding and Whim ‘n Rhythm, and she now performs with the graduate student a cappella group, The Citations. Her other hobbies include volleyball, squash, crosswords, and baking pies. Come say hi if you see her in the dining hall! 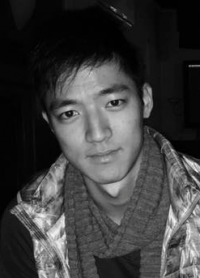 Chris Wang is a fourth year PhD student in the Physics department. His research focuses on experimentally demonstrating the building blocks of a quantum computer using superconducting circuits. A New York native, Chris began his undergraduate career at CUNY MHC @ Hunter College before transferring to the University of Pennsylvania where he received his B.A. in Physics in 2015. He has played club ultimate frisbee throughout college as well as with Yale’s own men’s team, Superfly. Having been a graduate student teaching fellow during his whole time here at Yale, Chris is particularly interested in understanding and improving methods for effective and impactful teaching in STEM, and is always happy to have a conversation regarding students’ own learning experiences. 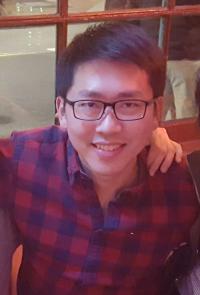 Jack Zhao is a third year medical student from Champaign, Illinois. He is a proud member of the class of JE ‘14 where he was involved in JECC. Fun fact: while working on his biomedical engineering degree, he completed his senior thesis in our very own Head Saltzman’s lab! Besides medical school, Jack helps to run the Grad Affiliate program and is involved in the Graduate and Professional Student Senate. In his spare time, Jack likes to grill and try out New Haven’s ever changing restaurants. Feel free to say hi when you see him! 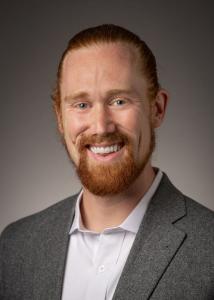 Douglas Gledhill is a second year MBA and MA student in global affairs. focusing on political and economic factors that affect the business and investment climate in various countries, with particular interest in Asia and Latin America. Over the summer, he worked as a strategy consultant for the Eurasia Group in New York, where he helped large multinational businesses create strategies to manage political risk.

Originally from North Carolina, Douglas went to Middlebury College, where he studied international politics and economics, Portuguese, and Mandarin Chinese. Douglas spent a few years working in corporate and operations finance at Amazon.com all over the US. Most recently, he fulfilled a lifelong dream of backpacking the world. In 2017, he traveled through 12 countries in the Americas and in 2018 he traveled through 10 countries in Asia with his wife, a second year MEM student at FES. In his free time, Douglas loves cooking, chatting with friends, hiking, and playing video games. 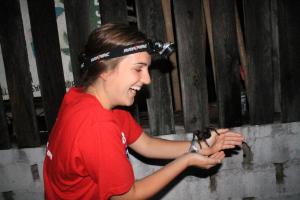 Shelby Meckstroth is a first year Master of Public Health student, studying Chronic Disease Epidemiology and Regulatory Affairs. She is interested in genetics and cancer outcomes research, and more specifically, Hematology Oncology. After the Masters, she is hoping to go on to more school (PhD or MD). While not studying, Shelby loves to do triathlons and is on the Yale Cycling team. Before coming to Yale, she attended Sewanee: The University of the South where she majored in Biology: Ecology and Biodiversity, minored in Spanish and played Varsity Soccer. I am excited to get to know everyone in JE, and I look forward to talking to people about anything from plants to cancer and sports. 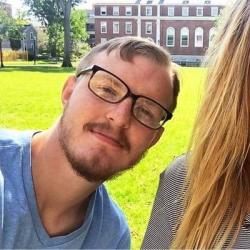 J. Nick Fisk is a second year PhD student in Computational Biology and Bioinformatics in the Townsend lab and is a member of the Cancer Biology Training Program. He is from New Mexico and got his B.S. (Biotechnology/Bioinformatics) and M.S. (Bioinformatics) from RIT. Nick is an avid writer, poet (English and Spanish), and lover of birds. In his free time, he coaches Yale’s wrestling club–come give it a try! He also enjoys flower arranging, anime, and most sports. Feel free to get a hold of him, be it for fun bird facts, coffee, or just to get something off your chest. 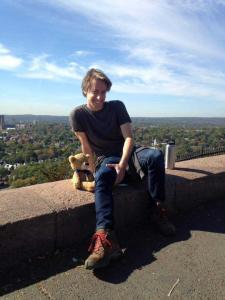 Patrick is a third year MFA in Dramaturgy and Dramatic Criticism at the School of Drama, he studies the history of play and labor in theatrical production . He received a MA in Theatre and Performance Studies from the University of Maryland - College Park and a BA in Theater Arts from the University of California - Santa Cruz. He enjoys coffee, experimental theater, and hiking.